Match Shooting: An Introduction to "Across the Course"

The Course of Fire

The normal course of fire consists of shooting from three different positions at various distances.

The most common positions used in Highpower are Standing (Off-hand), Sitting, and Prone.

A typical "across the course" highpower match will have the competitors firing at 200, 300 and 600 yard distances from the targets. If a match is being fired at a range where the distances are reduced, the targets are smaller to simulate the greater range.

Different stages of a match are fired independently and have different time limits.

Rapid fire means the competitor must get into position and fire the requisite number of rounds from his magazine within a specified time limit. At the start of the phase, all shooters are in the standing position. When the targets are exposed, competitors go into a sitting or prone position (depending on the phase being fired), fire the rounds in the first magazine, change to a second magazine, and finish shooting the string. The time limit for each string in this type of fire is 60 seconds for sitting and 70 seconds for prone. Ten shots are fired in each string.

This is a 50 shot course of fire that is common in service rifle only matches. 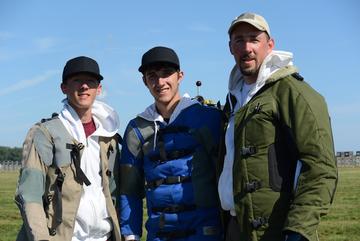 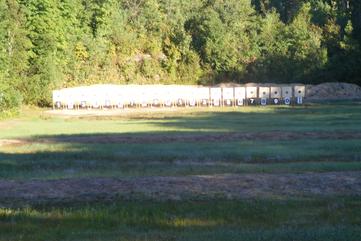 The NEHPRL is a group of 4 clubs in MA that shoot CMP and NRA high power rifle against each other.  This league consists of 15 shoots per year and travels between all of the clubs involved.  The clubs are The Chicopee Sportsman's Club, The Westfield Sportsman's Club, The Hopkinton Sportsman's Association and The Riverside Gun Club.